From Winemakers to Breeders

Podere le Ripi is a biodynamic farm apparently focused on wine production. And we say “apparently” because the key ingredient of being a biodynamic farm is not to focus on one thing only -like wine production for instance – but a vast array of things are actually necessary in order to keep our ecosystem thriving. That is why our estate hosts ancient olive groves, farm animals, fruit trees, forests, and yes, of course, vineyards. The transformation from winery to live farm happens day by day, what’s fundamental is to grow biodiversity and increase the complexity of life and the interconnections within our land, more life = more health. Natural forces rise stronger when they are not disturbed by chemicals, and it seemed only normal to establish the estate as a Natural Reserve, in which both animals and plants are protected, to ensure the safety of our surrounding ecosystem.

And that’s why, about three years ago we founded an animal sanctuary, which includes 30 warrior chickens that lay an average of 30 eggs per day, two very relaxed donkeys (Camilla and Tranquilla), goats who do goats stuff all day, one very hungry cow, five spoiled sheep, and one lucky ram (named Rocco). They were all adopted from the meat industry. Now, this year we kind of forgot to shave our sheep – isn’t this the point of having a sanctuary after all?- and as we realized they were looking a bit too Rastafarian, we were also relieved to learn that, as shepherding folklore narrates, unshaved sheep have a much harder time breeding. Rams apparently don’t like too much wool or too heavily dressed sheep. However, about a month ago, we noticed a tiny little fluffy intruder, hiding between the donkey’s legs: a brand-new lamb.

Matteo, the first witness on the scene, was so confused he thought someone had put the lamb into the fenced garden without telling him, and he got a bit bitter about it too. So, he called up Alessandro looking for explanations, who in turn called David, for other explanation, long story short, lots of calls later, we ended up with a big crowd of confused people looking at the baby lamb (he was only a few hours old!) wondering where he came from. The guys noticed that one of the sheep was behaving a bit dumber than usual…and that she was also the only sheep with bloody wool, a clear sign that she had just given birth (this is what investigating looks like on a farm).

Once the origin of the lamb was established, and the offender turned to justice, the guys tried to approach the newborn to his mother, but be it her very first birth, she didn’t know how to behave yet and ignored the lamb altogether (don’t worry, this story has a happy ending). So, Alessandro, armed with a baby bottle filled with milk, took the tiny lamb to his house and fed it all night long. 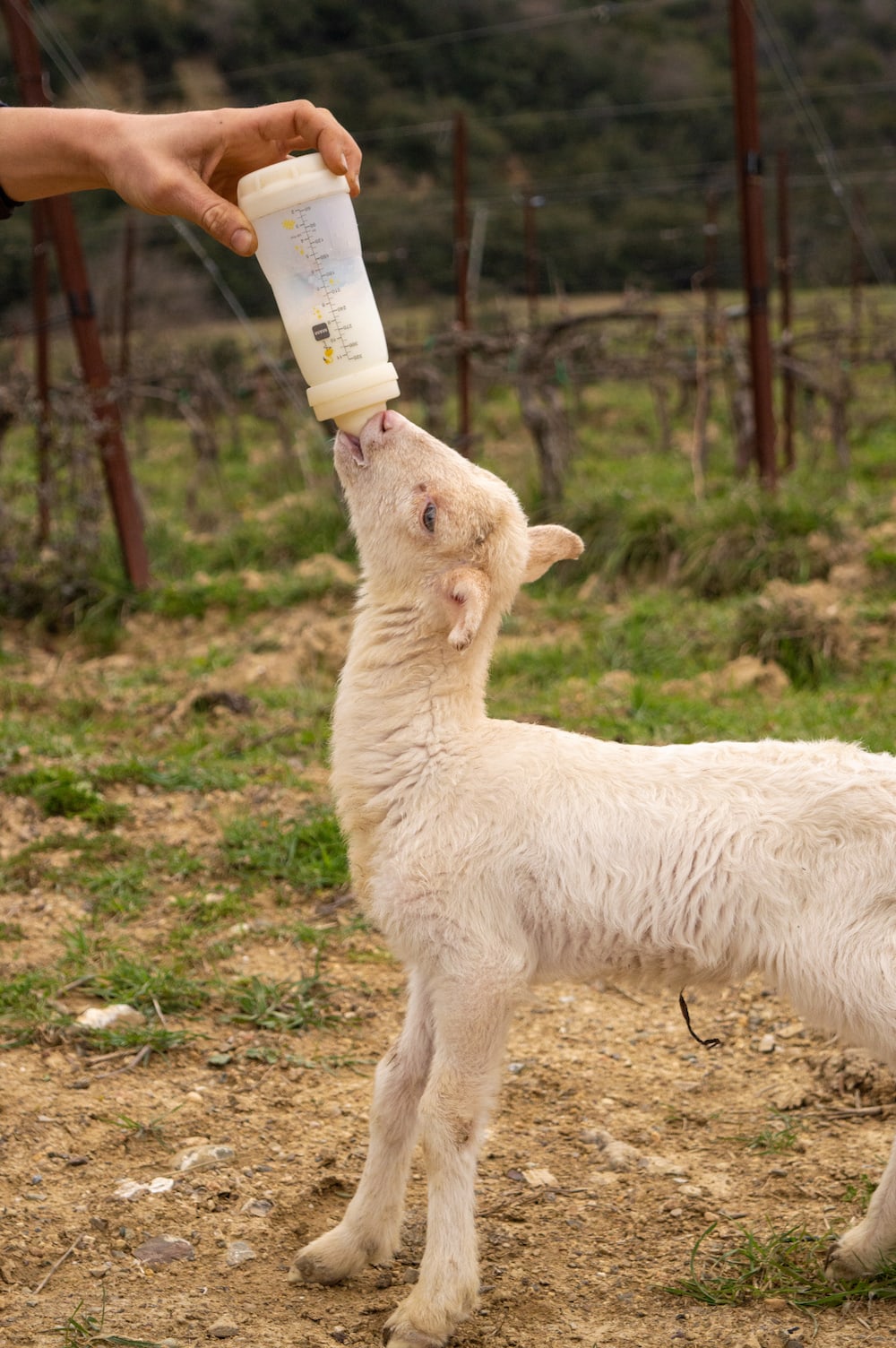 The next day, determined to reconcile the mother with her baby, he made one last attempt and finally succeeded, she accepted him, and they never separated since. After that, we got suspicious and decided to check the other four sheep. It turned out that another one was also pregnant, and quite far along too!

So, we are now enjoying life with a busier farm, but we realized that having two more lambs doesn’t mean more work: the other animals have been helping a lot: donkeys and goats are great babysitters, and a huge cow is a helpful friend to have when you’re tiny and in need of protection.

Well, we guess that the morale of this story is: don’t ever underestimate ram’s passion for woolly females, we should consider devolving part of the order’s checks into a sheep-shearing course for rookie shepherds!

Fill the form and we will contact you soon!